If you're like me, obsessed with everything French, then you've definitely watched the Netflix series “Emily in Paris.” For the unfamiliar, the lead character, Emily, is an American girl who relocates to Paris to work for a luxury French marketing company called Savoir that specializes in everything beauty and refinement. Who knew that kind of place would find itself marketing veggies? But in Season 2, here we are.

In Episode 4, Emily is given the task of creating a marketing plan that would make a French staple vegetable, the leek, more appealing to the American consumer. Emily's snobby, sophisticated boss, Sylvie, thinks she knows the way. She lets Emily in on “a little secret" among French women, suggesting Emily introduce Americans to the "magical leek soup." Many French women, so says Sylvie, boil the leeks, then drink the water in an attempt to maintain their girlish figures. Shouldn’t such a practice go global?

Probably not, but Emily thinks it over. For inspiration, she buys bundles of leeks at the local market, and upon her walk home, she runs into the very attractive, charming Chef Gabriel who presents this "ever so subtle yet elusive" vegetable, as he refers to it in the most irresistible way.

As sultry Parisian music plays in the background, Chef Gabriel invites Emily into his restaurant where he oh-so-sauvely prepares the most exquisite plated steamed leek over a simple leek and fresh herb puree. It was hard to tell what was the hotter dish in this scene: this leek concoction or Chef Gabriel. I knew I needed more leeks in my life immediately.

I rushed off to the grocery store and bought a lot of leeks. Like, a lot. I had leeks coming out of my ears, so I had to figure out some creative ways to use them up, as steamed leek after steamed leek was not going to cut it.

I used whatever ingredients I could find in my fridge that day, and after a little experimentation, I ended up frying what turned out to be the most delicious leek frittata. Bits of mortadella, some shredded Fontina cheese, mushrooms, and of course the oh so chic leek! And I devoured every last bit. This is the type of leek diet I can get behind, whether French ladies approve or not. 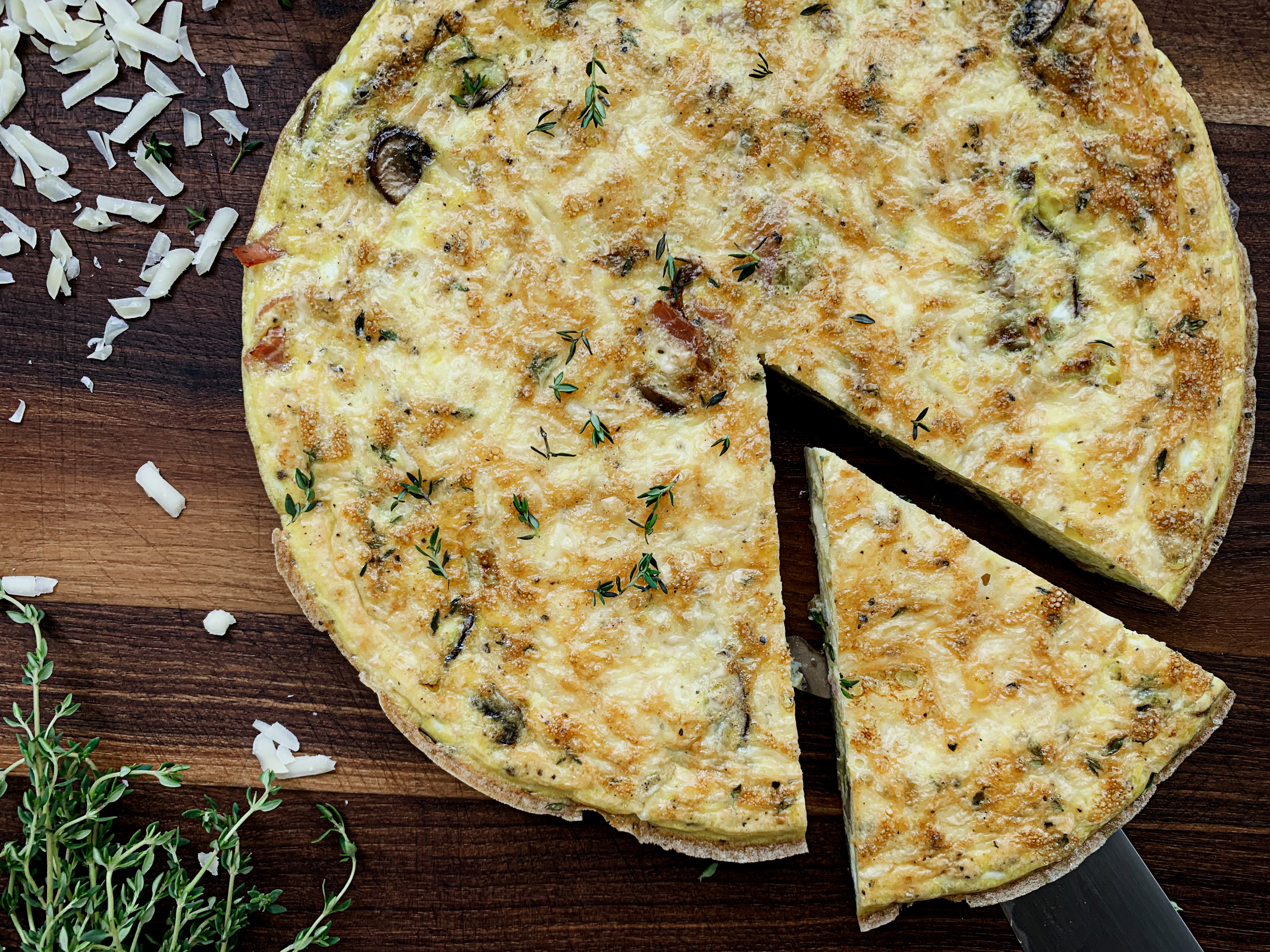 1. Preheat the oven to 350 degrees. Be sure the rack is in the upper third of the oven.

3. Whisk eggs together, add thyme and only 3/4 cup of shredded cheese, reserving the other 1/4 cup. Season the egg mixture with salt and pepper.

4. Once the leeks and mushrooms are done, add the remaining tablespoon of oil to the pan. Pour in the whisked egg mixture, quickly and gently swirling the leeks, mushrooms, and mortadella around the pan to ensure the eggs are evenly distributed. If needed, gently shake the pan to help the process. Increase heat to medium high and cook the frittata without stirring until the edges begin to set, about 5 minutes.

5. Sprinkle the reserved cheese over the eggs and bake for about 15-20 minutes until the center is set and golden brown. Garnish with fresh thyme as desired. Serve warm.