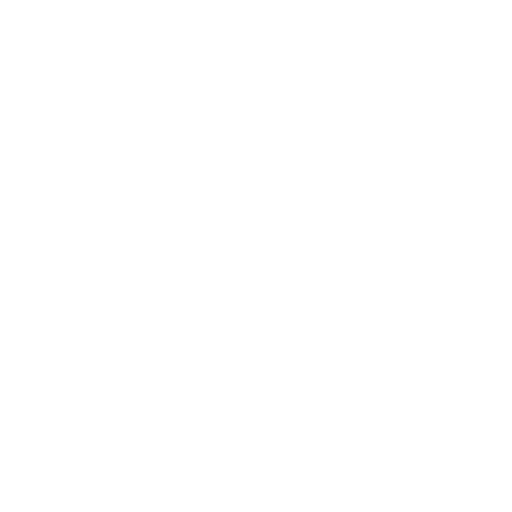 My mother, who gave up her life in Taiwan to give us a new one in the United States, was vehemently against letting me work in the kitchen. She believed that the kitchen was no place for a young lady to be; my destiny as a second-generation American was to get great grades and catapult myself into a high-paying office job. In her mind, housework and studying were not mutually exclusive.

Thankfully at one point in my childhood, I had a nanny who channeled my deep longing for wanting to cook into arts and crafts. Specifically, she taught me how to fold dumplings with Play-Doh. We’d make the filling by rolling out small assorted, colorful balls, and would enclose the balls with wrappers, like how a real dumpling is put together. I loved pinching together the skin, and we were constantly experimenting with different styles and color combinations. I would make bright pink dumplings stuffed with pastel green fillings, entirely blue dumplings, or mix it all up until it became a weird brown, purple hue. It got wacky; but that was the beauty of Play-Doh dumplings. Sometimes, I would stack the colors neatly on top of each other, make a really thick dumpling, and cut it open with a knife to reveal all the wonderful, bright layers.

When I started wrapping actual edible dumplings as an adult, the process of putting the dough together would inevitably bring me back to my Play-Doh days. There’s a meditative, childlike joy to making your own dumpling wrapper, mixing together flour and water to form a soft, pliable dough then stretching it out . Funnily enough, because my most formative dumpling memories always included multi-colored dough, plain dumplings have always felt somewhat incomplete.

And thus, this lively recipe is a nod to my childhood, using pureed spinach to turn the skin into a brilliant shade of green. The filling is pork mixed in with even more spinach, and seasoned generously with enough spices and salt so that each bite is packed with flavor.

Today, colorful dumplings and baos are all the rage here in East Asia, where restaurateurs are constantly trying to one up one another and create dining experiences that are both photogenic and delicious. Some places will go as far to put edible eyes, ears and mouth on their dumplings; most just stick to the multi-color theme or maybe put a brush of gold dust on top. It’s a reminder that food should be playful, although this rendition is far from traditional.

Also, despite what my mother might think, this really is a good dish to get kids involved with. There’s a flexibility to how one can wrap a dumpling and despite what the purists may say, there’s no one right way. The only requirement is to just make sure everything is sealed tightly so the filling doesn’t tumble out in the cooking process. 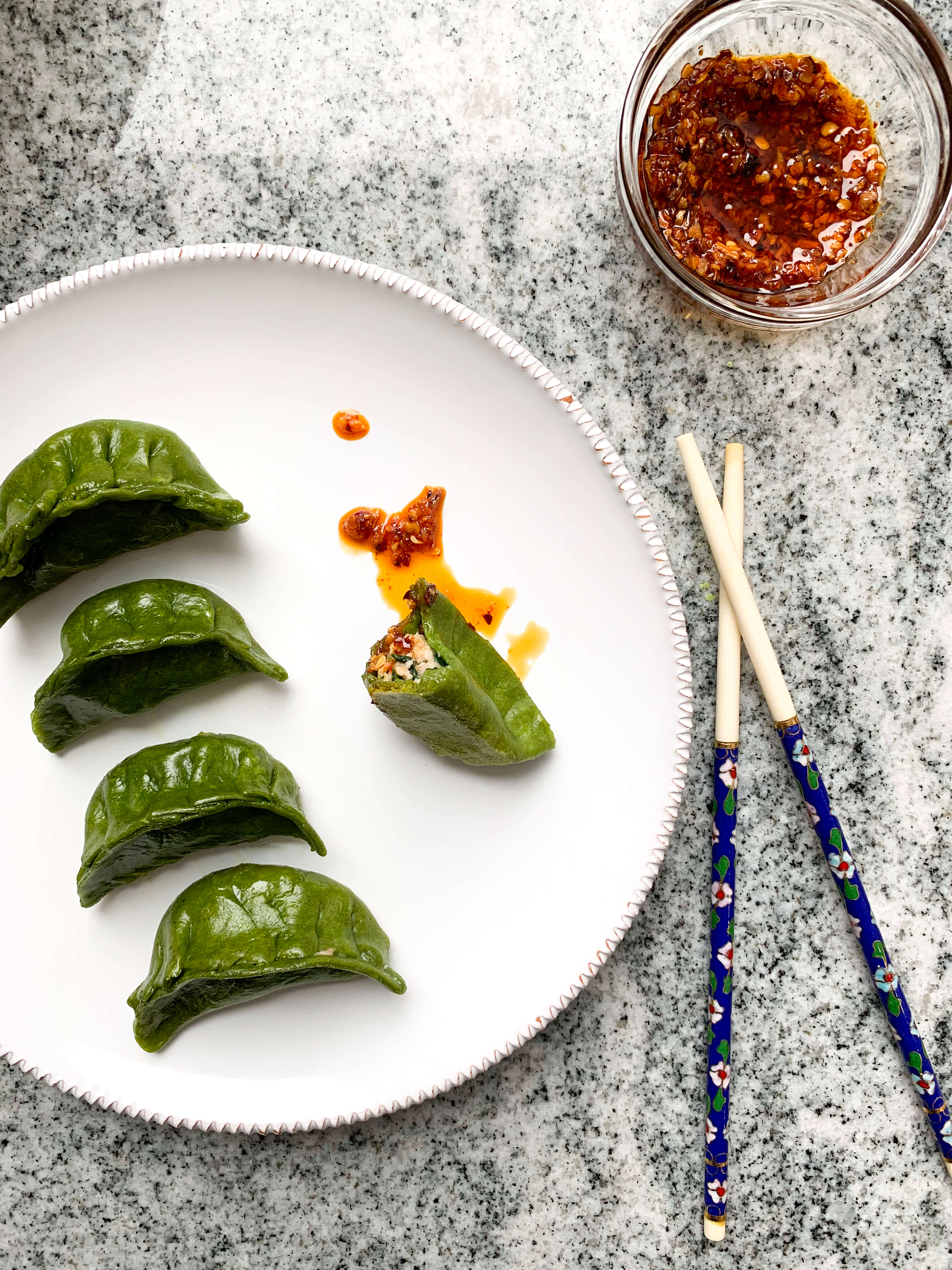 1. Bring a pot of water to boil over medium heat and then add the spinach. Turn the heat off and let it sit there for 30 seconds.

2. Strain out the spinach, discarding the water. Set aside to cool down to room temperature.

3. In a blender, combine 2.5 cups water and spinach and blend until smooth.

4. In a large bowl with the flour inside, drizzle in the spinach water mixture with one hand while stirring with chopsticks with another. When the dough is shaggy, start kneading with hands. You may need to add additional water; do so a few tablespoons at a time. Combine until the dough is smooth. Cover and let it rest for at least an hour.

Combine all of the ingredients and stir until everything is evenly incorporated.

1. Take the dough, roll it in a circle, and with your fingers, punch a hole in the middle of the circle so that it looks like a donut. Squeeze the outsides of the ring until the circumference of the hole gets bigger and the ring is about as thick as a car steering wheel.

4. To wrap the dumpling, simply make creases on the top and make sure it’s tight. For a fold that’s more elegant, fold the wrapper in half with the filling inside so that it looks like a half moon with the flat side on the bottom. Pinch the middle with the thumb and index finger of the left hand. To the right of the half moon, make pinches with the right hand. Use the right thumb to secure the side of the wrapper that’s closest to you (inner layer), and with the right index finger, pinch the other side of the wrapper (outer layer) so that it folds against the inner layer, like waves crashing down. The inner layer should be flat and the outer layer should have creases.

5. Switch hands for the other side. Pinch the middle with the thumb and index finger of the right hand. Repeat on the other side but with the other hand and with the waves pointing to the left hand side.

6. At this point I usually arrange the dumplings on a well-floured platter and pop them in the freezer for at least an hour. This is optional, but I find that the dumplings cook better this way.

Bring a pot to boil and gently toss in the dumplings. Keep the flame over medium heat and cover. When the dumplings float, they are ready to eat. Serve with the dipping sauce of your choice.

Adulting Is Hard, but These Green Eggs Are Easy